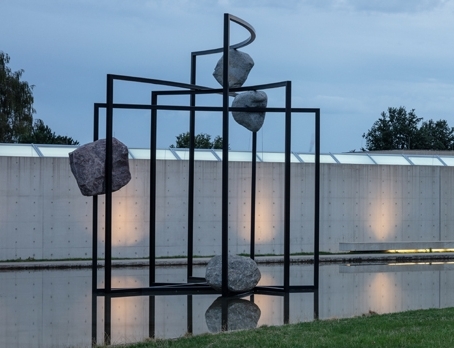 The works of Alicja Kwade are founded on concepts of space, time, science and philosophy. They usually entail sculptural objects, open installations in public space, but also pieces involving videos and photogaphs. Pure materials like gold, copper, coal, rock, and wood are of particular importance to Kwade, as are symbolically charged everyday objects like clocks and lamps as references to aspects of time, energy and material. She combines these elementary materials and culturally influenced objets trouvé in her conceptually precise and ever poetically magical arrangements. In doing so, she succeeds in presenting the seemingly obvoius as deceptive and irritating the viewer`s perception. 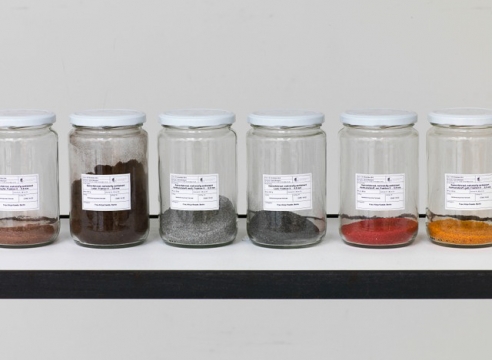