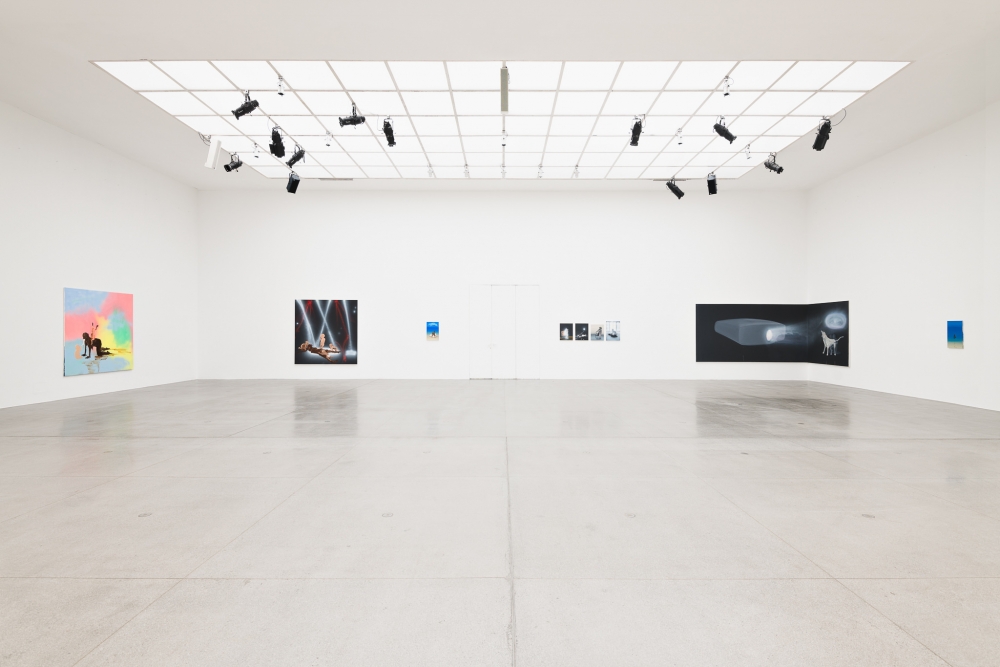 The Los Angeles-based artist Tala Madani’s paintings and animated films address social and political themes such as power structures, group dynamics, and the crisis of masculinity. Mean, cruel, and brutal but also sexually awkward and comical figures populate bizarre pastel-colored sceneries rendered in loosely expressive brushstrokes that are sometimes illuminated by the glare of a spotlight.

Madani’s films foreground the narrative aspect that is also present, though in more fragmented form, in her paintings. “The animation guides the viewer from point A to point B of the narrative. And by the moment of seeing the movement the animation can be quite useful to say some different kind of things,” the artist explains.