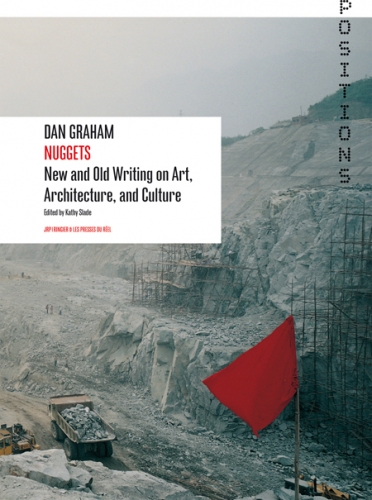 Dan Graham began directing the John Daniels Gallery (New York) in 1964, where he put on Sol LeWitt’s first one-man show. In the group shows he organised he exhibited the works of Donald Judd, Dan Flavin, and Robert Smithson.

Like these artists, Graham considered himself a writer-artist. His earliest work dealt with the magazine page, and one of his seminal early works was a series of magazine-style photographs with text, Homes for America (1966–1967).

This volume brings together texts written on various artists he admires, as well as interviews collected since the 1990s, most notably on his large-scale installations incorporating mirrors – a culmination of his long examination of the psychological relationship between people and architecture.

This book is part of the Positions series, co-published with Les presses du réel and ECU Press, Vancouver.