"To enter Nick Mauss’s exhibition at 303 Gallery, you must push through not one but two doors, painted with loose outlines of figures amidst swathes of lavender and teal, like the entrance to a closet or a tomb. The doors choreograph how visitors move through a show that – like so much of Mauss’s work – is itself about choreography. The bodies of dancers are rendered in acrylic, ink and charcoal with the fast yet sure hand of a balletomane, their arms raised or extended against screen-printed spangles and silver paint – hallmarks of Andy Warhol. If Mauss’s paintings seem to merge the pop-art icon’s later style with his early years as a fashion illustrator, they also trace a lineage of the queer image from the figurative to the abstract. Decorative patterns are both inscribed onto and stand in for human skin (Compilation, 2020); chequers cascade down the ponytail of a woman as she looks in a vanity mirror (Untitled, 2016); while scalloped shells and drapery folds evoke the bodies that may have once resided or moved in them (As Companions, 2020). "

Ink, charcoal and acrylic on paper mounted on canvas 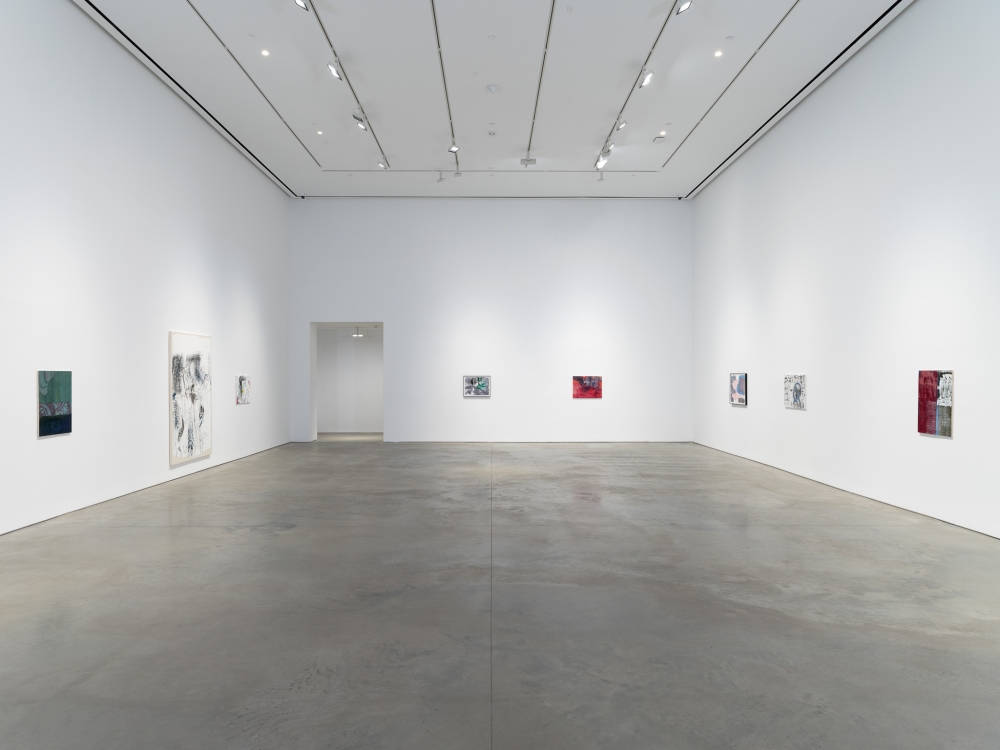 For his fourth solo exhibition at 303 Gallery, Nick Mauss has brought together works from the past several years that have never been exhibited, underscoring the primacy of drawing and its temporalities within the continuum of his work in other dimensions and mediums. Mauss also reimagines the threshold to the exhibition itself as an image plane on the scale of the body, inserting a set of painted doors that dramatize the viewer’s passage through the space, even implicating the viewer among the shifting frames, recurring figures, and points of contact set off in Mauss’s work.  As art historian Gloria Sutton has written, Mauss’s work is “not simply about the movement of bodies but, rather, movement itself as a historiographic condition—a set of narrative frameworks used to interpret both proximity and distance and the transitions that occur in between. The ways bodies come together (as multitudes, constellations), as objects (collections), as fields of knowledge (disciplines), and commensurately, the ways bodies move apart, separate, retreat, and withdraw via diverse pressures (including acts of erasure and disavowal) within the current moment and throughout history remain of equal and pressing import.” 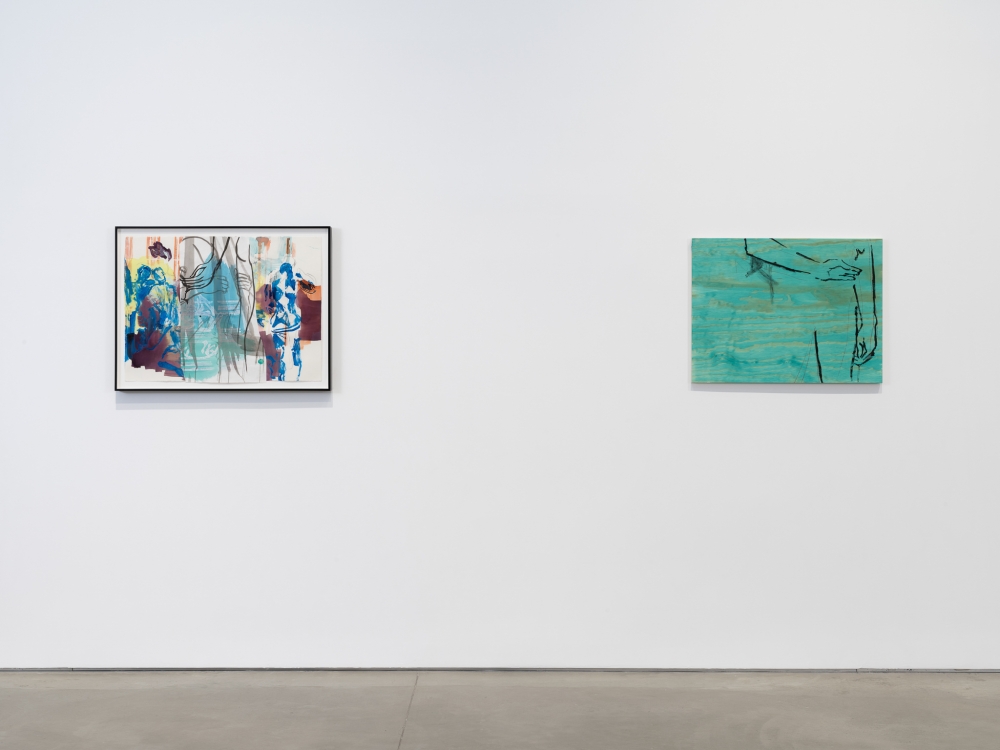 Mauss’s exhibition Bizarre Silks, Private Imaginings and Narrative Facts, etc. opened February 7th, 2020 at Kunsthalle Basel, Basel, Switzerland, and his 2018 work “Images in Mind” is installed at the Whitney Museum as part of The Whitney’s Collection: Selections from 1900-1965, and will be on view until 2021.  His multi-part ceramic murals “Dispersed Events” were recently permanently installed in the I.M. Pei-designed Building 66 at M.I.T.  Mauss’s book “Transmissions”, which expands on his 2018 exhibition at the Whitney, is now available from Dancing Foxes Press and Yale University Press.

"I can’t really think of an art viewing experience that is not theatrical. But a particular relationship to theater in my work comes through in my focus on the frame. In making exhibitions, I put a great deal of emphasis on the presence of people looking at my work, apprehending it but also becoming the figures in the work. Protocols of spectatorship are warped or rerouted by structures such as the ones you’ve described, this banister-like sculpture that is a drawing of the movement of the eye through the space, or hanging, collapsible rooms made of ribbons that impose themselves on a space while delimiting another kind of possibility. I think of the way one might move through the space, and what can be encountered along the way, or how this experience can be frustrated."

"In a new collection of sketches and paintings, as in his other work, Mauss pays homage to the mid-century aesthetic. His architectural compositions recall the neoclassicism of Balanchine and Stravinsky. And his tender representations of the male body evoke the poetry and portraiture of Frank O’Hara and Fairfield Porter, respectively. Upon entering through a painted door, the viewer is immediately disarmed by a sketch of nearly life-size nudes in foreshortened perspective. These figures, rendered in ink on enamel paper, appear unfinished. Like others in the gallery, the work seems as if it has been torn from an oversize sketchbook. Neighboring pieces are even stained with coffee and ring-shaped marks where cups of paint once rested. The art, seemingly a record of Mauss’s own dynamic process, brings to mind dance notation."

Ink and enamel on paper mounted on canvas

Nick Mauss (German/American, born 1980, New York, NY) is known for an expanded use of drawing that traces unexpected arcs into a multidisciplinary practice. Working in multiple mediums and scales — including reverse-painted mirrored glass, paper, ceramic, fabric, performance, and writing — Mauss practices a form of drawing that simultaneously folds together and expands the intimate space of the page with its spatial and performative implications.  His work points to connections and ruptures between contemporary artistic practice and other forms and genealogies — in the performing arts as well as the decorative arts — which he often critically confronts with museum collections or archives in the form of experimental exhibitions that activate counter-histories in which both artist and viewer are re-positioned.